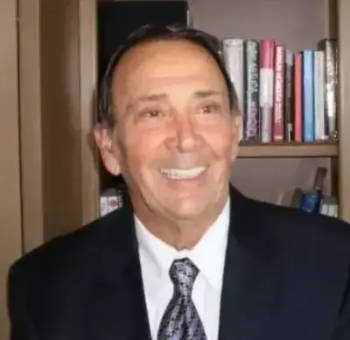 Dr. Liberti is a scientist-inventor with a strong entrepreneurial spirit and is the innovative mastermind behind BioMagnetic Solutions. In his first career at Jefferson Medical college he established a large NIH/NSF funded research program on the physical chemistry aspects of antigen-antibody reactions and on antibody interactions with C1q.  He was the first to demonstrate the size and structure of antibody combining sites [cs] and the physical basis for immunological cross reactions (partial cs filling). At Jefferson, he also was the director of an NIH funded post-doctoral program in Immunology for MD and PhD candidates. Before founding Immunicon, he was a visiting scientist at the National Institute for Medical Research, Mill Hill, London where he worked on cellular immunology of virally infected cells. Soon after founding Immunicon, he invented biologically active, highly magnetic nanomagnetic ferrofluids (FF).  Realizing their potential, he subsequently invented high gradient magnetic devices and developed novel methods for doing ultra-high sensitivity immunoassays and highly selective cell separations.  During his seminal experiments on purging B cell lymphoma of tumor cells, he discovered the incredible ability of FF to label and separate cells at frequencies of 1 cell from billions. From that discovery, he theorized that if tumors were shed cells into the bloodstream early on cancers even at low %’s, it should be possible to detect them and that this mechanism might be a major route for metastasis. He recruited Dr Leon WMM Terstappen to join him in that effort and together with Dr Jonathon Uhr at Medical School at Southwest Texas, Dallas, they proved that principle – opening the door to the world of circulating tumor cell research which has become a major endeavor world-wide.  A stellar team recruited to Immunicon when on to develop and gain FDA approval of a highly sophisticated system - CELLSEARCH® Circulating Tumor Cell (CTC) Test. In 2008, Johnson & Johnson that was Immunicon’s marketing partner acquired Immunicon, and in 2009 CELLSEARCH® was honored with the prestigious Prix Galien USA Award – considered to be the ‘Nobel’ of industrial technology.

Amidst being the CEO and President of Immunicon and before founding BioMagnetic Solutions, Dr. Liberti consulted and helped manage startups and emerging biotech firms with finance advice, business development, patent strategy, technology development, and more.

In 2011 Dr. Liberti co-founded BioMagnetic Solutions, which utilizes the proprietary ferrofluids he invented at Immunicon in a variety of cell separation applications. At BioMagnetic Solutions he continued inventing and developed two cell separation platforms, X-GRAFFE: a Clinical-Scale Cell Separation System, and FEOSS: a radically faster cell separation platform. To this day Dr. Liberti manages the company’s patent portfolio, brainstorms and advises the scientists on new products and applications, and guides the company through new business endeavors.